Summer workshop and exhibition
PLAN 2 \ 5
in the grid for a better future \?
Former Children’s Week Home Eisenhüttenstadt
in cooperation with the Documentation Center Everyday Culture of the GDR in Eisenhüttenstadt

In 2018, therefore, the Endmoräne e.V. in Eisenhüttenstadt (formerly Stalinstadt) and thus in a planned city, which emerged after a decision in July 1950 as a socialist residential town for the Iron and steel combine East.
Plan cities are an idea – they follow a draft, a grid set in advance. The raster – the rake that smoothes things – is at the same time, in East and West, one of the strongest expressions of modernity: on many levels, grids determine the structures of architecture, of art, of the organization of social structures. Rasters are structures of order that express the desire for restraining capricious growths.Of course, like architecture, pedagogy does not come without a plan, goals or grid. And the utopia of a new society, as it should be promoted in ideal cities, reaches far into education, even in the former GDR, where the guiding idea of ​​the socialist „new man“, the education system essentially shaped. 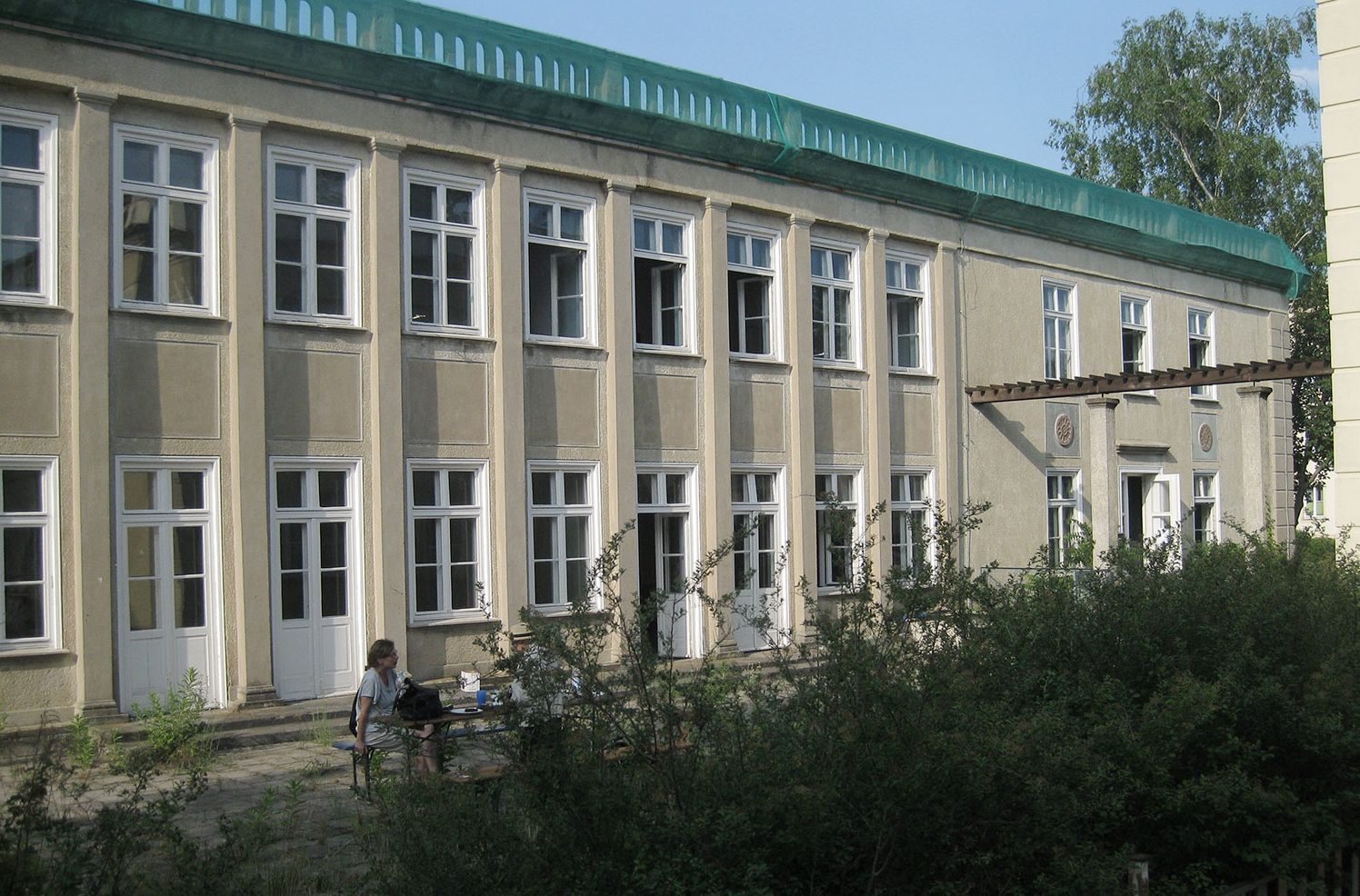